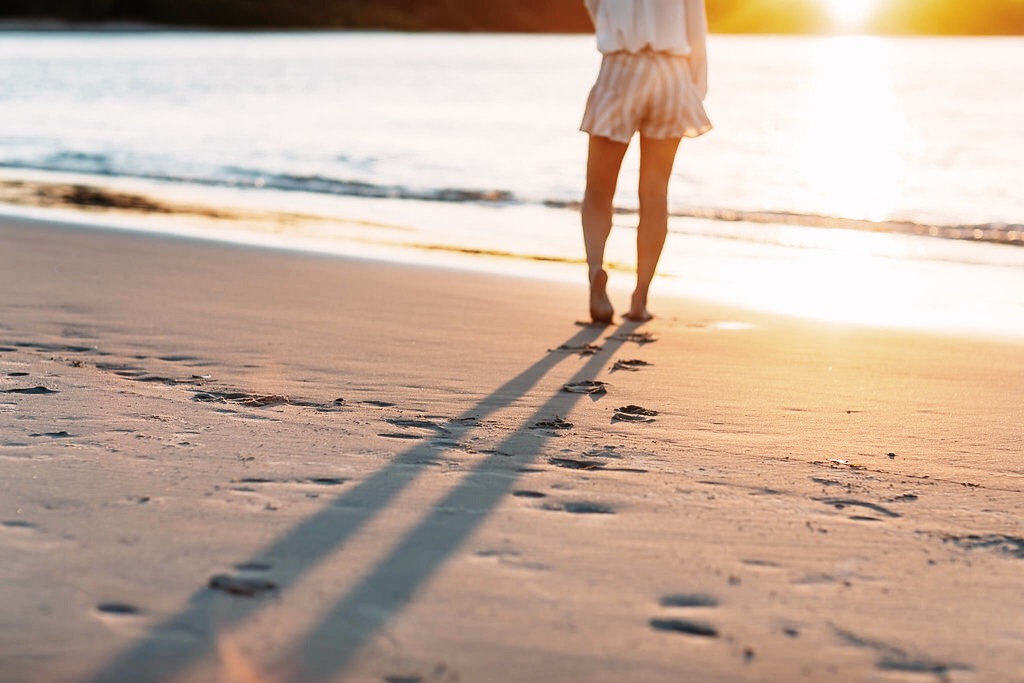 Systemic Change… are we really ready for it?

This has been a hot topic on my mind lately… a lot of us are fighting for it but what would it actually take to achieve?

I think sometimes we can love a concept but not necessarily the practicality of it. In other words, we want the destination but we’re not so keen on the bumpy journey to get there. Most of us understand that often gifts come wrapped in sandpaper, that prayers are answered in mysterious ways, and that sometimes our greatest blessings feel like our worst nightmares. So when we ask for something drastic, are we really ready for what that might entail? Are we really prepared to follow it through?

Given our world’s current status, I ended up fleshing out in one of my brain-dump sessions what I consider it would take to create the level of systemic change needed – as well as what it would take to remove those in power who have set up the system to ensure they never lose it.

(Keep in mind this is not an extensive list)

The first step is a mass shift in collective consciousness

People need to wake up (sorry for the cliche’), get educated, and actually give a damn to understand the things being decided on their behalf. I think in most scenarios we actually like the idea of people being in control and making decisions for us. How much do you love someone just taking charge when you’re feeling overwhelmed? Even for something as simple as what to eat for dinner! In this case, we assume those “in charge” have access to the most accurate information, the top experts, and we hope every decision they make for us is purely for our highest benefit. It’s so much more comfortable to believe that. Can you imagine the effort it would take to figure out what’s best for ourselves personally? Can you imagine the effort it would take to stand up to our leaders if they’re not acting with our best interests in mind?

Too much effort… and comfort breeds complacency. So we get lazy, we get overly trusting of those in power, we blur the lines between leaders and rulers, and we get threatened by anyone not staying in the box.

This is not a judgement, I get it. Decision fatigue is a real thing, and it’s too hard to be well enough informed on every topic to fully trust ourselves. But guess who else knows this about us? Those who have power over us. We’re easy targets. They know the majority of us are too busy surviving the daily rat race, which they’ve created to ensure we’re too busy, to pay attention to what they’re doing. They know how to manipulate our basic needs, especially the need to be safe.

The easiest way to control a society is to take control of the institutions the society already trusts; the media, schools and universities, the medical industry, charities, world organisations etc.

But when people start opening their eyes they also start asking questions about what they see. This causes an unquenchable demand for accountability. When the spotlight is heavily shining on those in power any dodgy dealings hiding in the shadows are exposed. When the pressure is on those with influence their true colours show. When we pull back the curtain we discover the Great Wizard of Oz is nothing more than a small man pulling strings and making a lot of noise with smoke and mirrors.

People think it’s useless to post on social media thinking it won’t change anything. I’ve thought that myself countless times, I haven’t posted this blog for months because it didn’t seem worth it… until I realised something… the more information that gets shared the brighter the spotlight, the stronger the pressure on our leadership to do the right thing, and the more conscious citizens we have.

It’s not about changing the opinions of a few… it’s about waking a sleeping giant, the complacent masses. The more individual consciousness shifts, the more the planet shifts. Don’t underestimate that. Never underestimate the power of a people who are conscious and deliberate.

The second step is a disruptive leader

What would be needed in a leader to create the waves big enough to capsize the system?

Can you honestly say it would take any less than these qualities to change a system, centuries-old, that’s so entangled with corruption you wouldn’t even know where to begin? There’s a reason so many wholesome and influential people say they wouldn’t go into politics… “I could never make it into a powerful enough position without playing their corrupt game”.

Surely we can all agree it would take a unique kind of character to pull it off.

All notable periods of time have required a notable type of leader to rise to the different types of challenges. Some of them have been more mild in constitution, some of them have been prickly and controversial – but all of them commanding in their own way. All of them unique. And the notable leader of our time seems to be President Trump.

Let’s look at him… Trump is a Pitbull. He leads like a Pitbull and very few people like the temperament or the appearance of Pitbulls. We think they’re kind of ugly and dangerous. So we might label them “bad”. But what about when we need protection and they come to our aid in all their ferocity. Are they then “good”? Do we need the label at all…

Imagine this scenario: if you were entangled in an unfair legal battle against global giants with bottomless pockets and fighting against all odds to win your case – would you choose a lawyer who was compassionate, polite, and humble, or would you choose the lawyer who would stop at nothing to deliver you justice? The answer is obvious. We mightn’t like their personality, we mightn’t even like some of what they stand for, but we’re fooling ourselves if we think we’d choose any less than a Harvey Specter!

So, for those still wondering how any sound-minded human could vote for Trump, or how 74+ million people and counting have voted for him again… have you considered WE are the reason. We asked for it. We, who have wanted systemic change for years.

And isn’t it just a marvel of human behaviour that so many who are fighting for systemic change are also fighting to re-instate another polished politician who’s been embedded into the system for 47+ years and has failed to create any systemic change during half a century of influence?

While I personally bury my head in a pillow sometimes watching Trump, I can appreciate he is not another polished politician, and he never will be. He’s a man with a bone. And what’s the bone? “Draining the swamp”. In other words, cleaning up the corrupt cesspool of DC. Is that not what we all essentially want?

We’ve been pounding our fists, blacking out our social media, protesting, screaming, begging for systemic change on numerous topics… and when the first man to somehow (quite miraculously) make it into a position powerful enough to unravel the system starts tearing down the walls – we try to run him out of town with our pitchforks.

Better the devil we know, I guess?

The 74+ million people that voted for Trump aren’t blind to his flaws. They’re not all white supremacists or rednecks. My assumption is they don’t want another wolf in sheep’s clothing playing puppet to their masters. The people who vote for Trump are voting for a disruption in the status quo, and regardless of personal opinion, we can all acknowledge he’s definitely disrupting!

And what do those who benefit from the status quo inevitably do to the disrupters? Flip through the history books. Historically they’ll do whatever necessary to destroy and remove those who threaten their power. Helloooo witch trials?! The fact Trump has been demonised and attacked on all fronts for 4 years by the zero-credibility media and the political club was the initial red-flag for me, the point my opinion about him started to change.

On a personal note… I wouldn’t vote for a leader because they’re politically correct, or eloquent, or who says all the things I’m wanting to hear. Mainly, because it’s as simple as reading a well-written script to fake. I don’t need a leader who is my role model. The person I would vote for is the person who I believe could measure up to the monumental task before them – and then I’d thank them for accomplishing what I would want to (but never could) accomplish.

Evolving is messy, and in those pivotal moments, we need leaders who aren’t afraid to get messy.
Now, more than ever, we need conscious people prepared to see this change through.

You CAN handle the truth 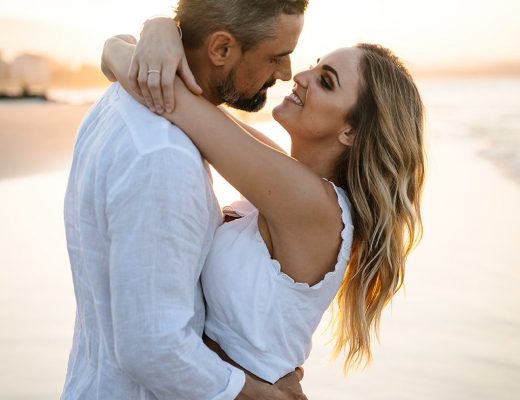 Find your path, not your partner 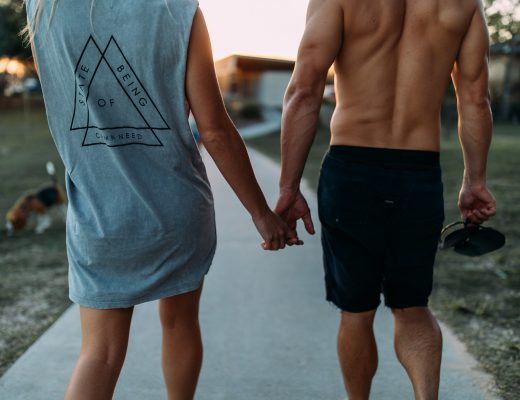 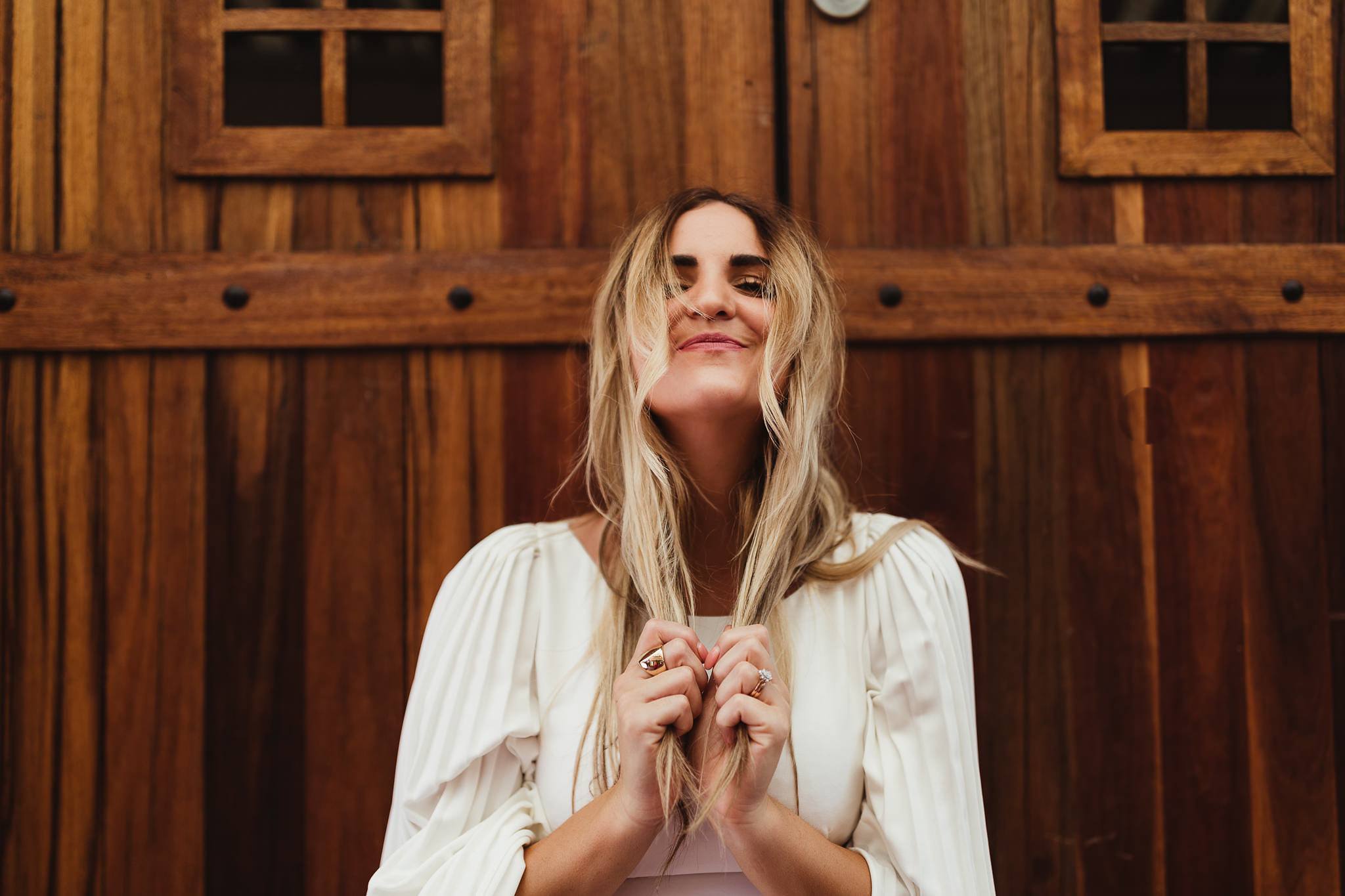